A Mother’s Thoughts Preparing for a Natural Disaster 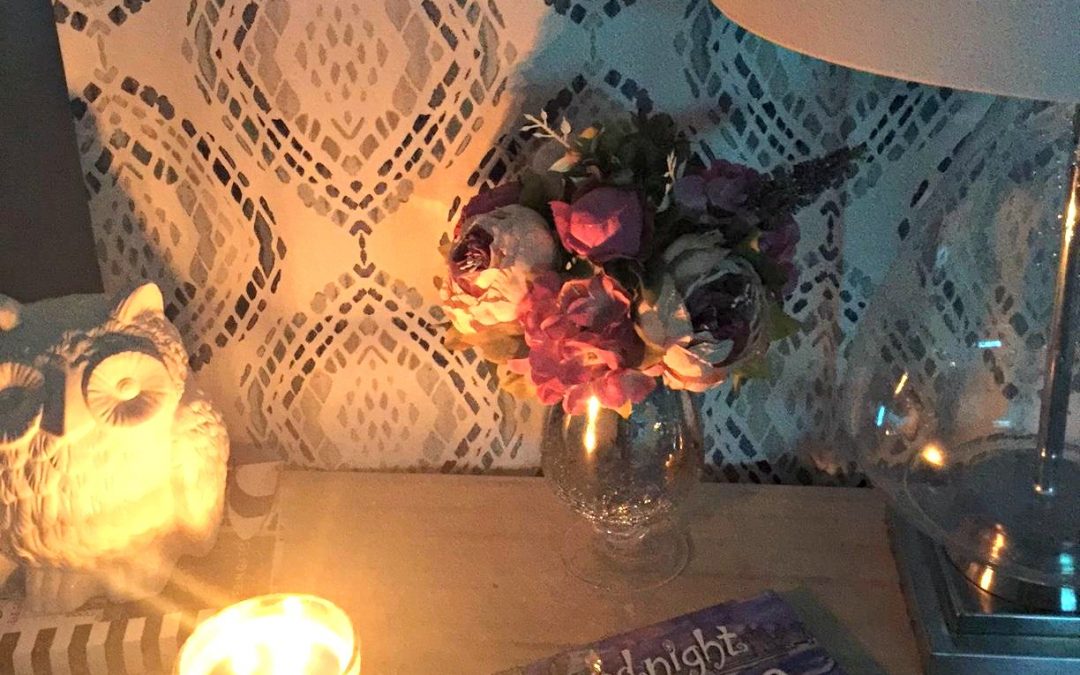 Days leading up to the time Category 5 Hurricane Irma was supposed to hit our state, I had reoccuring nightmares of our roof flying off, leaving us like scattering bugs trying to hide from the wind. It was the largest Atlantic storm ever recorded in history and it was coming our way. My entire town was in freak-out-mode for water, batteries, bread, canned soups, and plywood. Social media and news networks were showing horrifying pictures of entire houses being leveled to the ground, ripped in half, or under water. I can’t even describe the feeling I had knowing the monster who did that was heading your way. My (self diagnosed) high-functioning anxiety went through the roof. I couldn’t sleep. I ate all my hurricane food 3 days before the hurricane was predicted to hit us. I took the kids out to dinner because I was on the verge of having anxiety attacks sitting at home. I had feelings I had never felt before. Are we about to lose our house? Will something fly through the window and kill one of us? We, for sure, thought our office building and rental properties in Tampa were going to be blown away.

We were “prepared” for this hurricane to change our lives.

To add to the madness, people who had already evacuated were posting “GET OUT NOW!” Facebook statues.  Family from out-of-state were questioning why we were staying, as if we were crazy people wanting to stare death in the face. None of this helps anyone.

Why we stayed is simply the fact that we aren’t in a evacuation zone. If any authorities were telling my area to evacuate, I would have. If you aren’t in an evacuation zone, you’re supposed to leave the roads clear for the people who are. Being stuck in the car with 3 kids and 2 large dogs is a challenge in itself, and might have required a rental van. I felt confident in my newly built home with hurricane impact windows, but there was always the “WHAT IF” lurking in my head.
What if something terrible happens to my family and I hate myself for not evacuating?

I had random outbursts of tears flowing down my face. Terrified tears. Tears for the “what ifs”. My nightmares were like the movie Twister. My emergency plan playing out over and over in my head. Grabbing everyone, racing to the bathroom where we made our bunker, hoping I would somehow gain Super Woman powers in the event. I read stories from Hurricane Andrew survivors that described them running from room to room in their house as the roof flew off. I read them so I would know what to do in an extreme emergency and from the news, we were in an extreme emergency. I prayed every minute I could. “Dear God, destroy this hurricane. Keep my family and friends safe. Be with us. Help me stay calm. Amen.”

Around 9:00 pm on Sunday night, the winds really started picking up around our house and our power cut off. I looked out the window to see our trees basically bent in half taking on the wind. I didn’t like those trees anyways, I thought to myself.
The radio kept telling us the worst part of the storm was going to hit at 1:00 am and would basically be a direct hit to our house. The good news was that the hurricane was quickly weakening. I kept praying.
Everyone went to sleep, but I couldn’t. I laid on the mattress on the floor with all 3 kids, praying, listening to the radio, and trying not to hear the winds. I walked out to the living room a couple times to check on things. You could really hear the winds gusting and slamming against the back doors. The vents in the bathroom and above the cooking range were clanking loudly. When I looked outside you could see the waves in the pool overflowing onto the deck. I quickly went back into our “safe room” and by some sort of a miracle, fell asleep around midnight listening to the monotonous voice on the radio. I had a flashlight and my tennis shoes right next to me, just in case.
At 1:00 am my eyes opened and I heard nothing. I thought we were in the eye of the storm. Angelo was up and told me the Hurricane winds were just downgraded to tropical storm. An instant flow of relief went through my whole body and I passed out until morning. I could have slept for 4 days straight if I didn’t have kids and I had power to my air conditioning. 😉

We dodged a bullet this time. A huge scary hurricane size of a bullet. Thank you Jesus.
I said we were prepared for this hurricane to change our lives and it did.

I have an enormous sense of gratitude that’s still giving me life a week later. I felt like Oprah in my house telling everything, animate and not, that I was grateful for it. “I’m grateful for you and you and you and you!”
It made me appreciate things, both big and small, and made me wonder why the hell people enjoy camping. Who chooses to go places without running water?!
I gained a lot of knowledge about hurricanes and how to prepare for them.
I physically had to teach myself how to put energy into faith instead of fear.
I feel some guilt that other families, no more than 10 minutes away, had their homes destroyed.

God. Everyone and every animal received a prayer (times 10) from me during those 5 days of panic and uncertainty. I had fear of the worst, but a ton of faith in the best outcome. Don’t worry, I’ll still pray for y’all. 😉

My husband. The protector, calmer-downer, and barer of all good things. He made sure we had water, a generator, gas, portable air conditioner, ice maker, you name it! He was so optimistic while I freaked out.

Family & Friends. It made me feel better knowing most my family and friends were here with me. We can’t ALL make the same bad decision, can we?!

The Local Meteorologist. Denis Phillips is the man. A few years ago he made up a list of “rules” regarding hurricanes. Rules #4 through 7 all revolve around not freaking out

Community. Even though it was the fear and devastation that brought us together, there is an incredible sense of “we’re in this together”. The aftermath of Hurricane Irma is bringing out the best of people, giving people opportunities to extend their resources to help, and be the good in this world.

My kid’s innocent bliss.  My kids were so excited for everyone to sleep in the same room, to eat the junk food we bought, and play games on the living room floor with flashlights. They knew a storm was coming and that was the reason behind all the events, but they never, not once, felt unsafe or scared.

A radio. When the power cut off and I didn’t want to drain my phone’s battery, I lived with the radio on for 3 days. Dance parties everyday!

Portable DVD players. Everything went old school and a little part of me loved it (because it was temporary). We watched some goodies like Little Rascals, Home Alone, and Charlie and the Chocolate factory. I’m happy to report there were no YouTube videos of people opening toys! Can I get an amen?!

Board & Card Games. It’s a funny feeling when ipods, ipads, and electronics don’t work. It was like Christmas in 1990, the board game shelves were picked through and empty. We played Pop The Pig and GoFish until we hated them.

A generator. If I wanted and needed a generator for one thing, it was running water. We live on a well, so without electricity we don’t have water. We couldn’t figure out how to hook up the well to the generator for 2 days and took freezing cold showers using pots and a 5 gallon jug of water. If you ever find me camping out in the middle of woods without running water, it’s against my own will.

The memes and Irma events. Y’all, laughter is mighty good medicine. The events people were making on Facebook gave me a good laugh. Twerk Irma Away and Leave Debris in your yard so Irma thinks she already came. I’ve never been more interested in Facebook events.