Everything to do in NYC with Kids 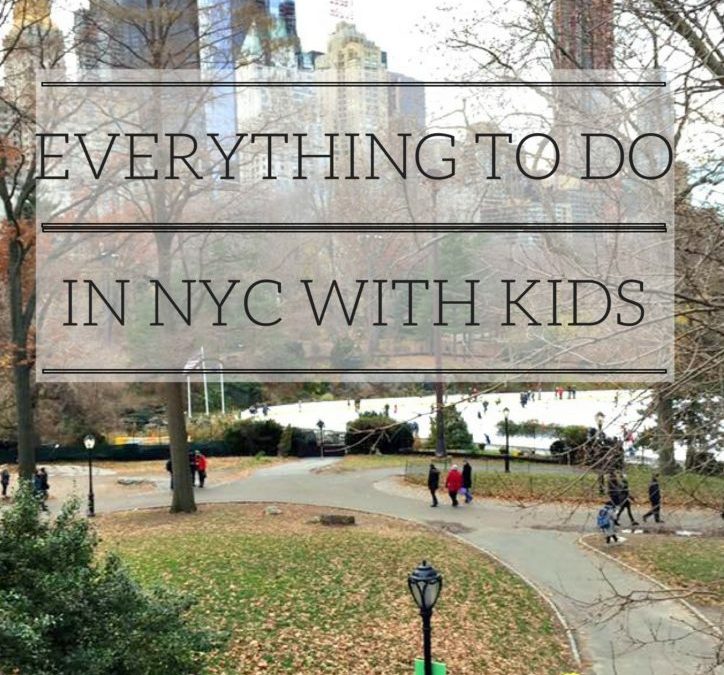 We did the unthinkable (according to many people who commented so) and brought three very young children to NYC with us. The trip wasn’t about me, relaxing spa days, fancy dinners, or going bar hopping. It was about the magical feeling NYC has at Christmas, eating all the yummy foods, and having fun! If that’s not kid-friendly, then I don’t know what is!

The only problem we ran into was using the double stroller on subways and busy streets and keeping up with all the hats and gloves everyone needed. We had five hats, ten pairs of gloves, and three blankets to keep track of while navigating the streets. We lost at least one glove every day and made three trips into H&M (on every corner) to restock. New York City has the best H&M stores, so I wasn’t mad about going in there so many times. 🙂

First lets talk about a stroller in NYC. You’ll see a stroller here and there on the streets, but you will not see one double stroller (besides ours). Three kids in NYC must be like black magic and people will look at you and make comments like “wow that’s a lot of kids!” or “you’ve got your hands full!” Then you smile and say things like, “Thank you for that obvious observation.” Yes, some of the subways have elevators, but not all, and some of the ones that do, don’t work. We got stuck on one and I had a mini heart attack. After that incident, we made the kids get out of the stroller each time and threw it down/up the stairs at each stop. It worked and we were free to move about NYC without obstacles. Will I bring that double stroller to NYC again? Not a chance. Here’s what I recommend. For babies 24 months and under, wear them in a baby carrier. They will be too distracted by the huge buildings, crazy loud people, and lights to kick and scream to get out. For kids between two and six years old, use a fold-up umbrella stroller. Kids over six years old should probably walk along side you, not taking their hand out of yours for a second. Let’s be safe!

Before we left, you know I did my research on NYC must-go-to places. I had a list with so many things on it that we didn’t get around to everything, even though we rarely took a rest. (I told you no relaxing spa days on this trip!) I’ll start by telling you about everything we did do, then leave a list of everything we didn’t get around to. If you go to NYC and do any of my unconquered list, you MUST tell me how it was!

Things we didn’t get around to:

Now go out there and conquer the Big Apple like a #momboss!