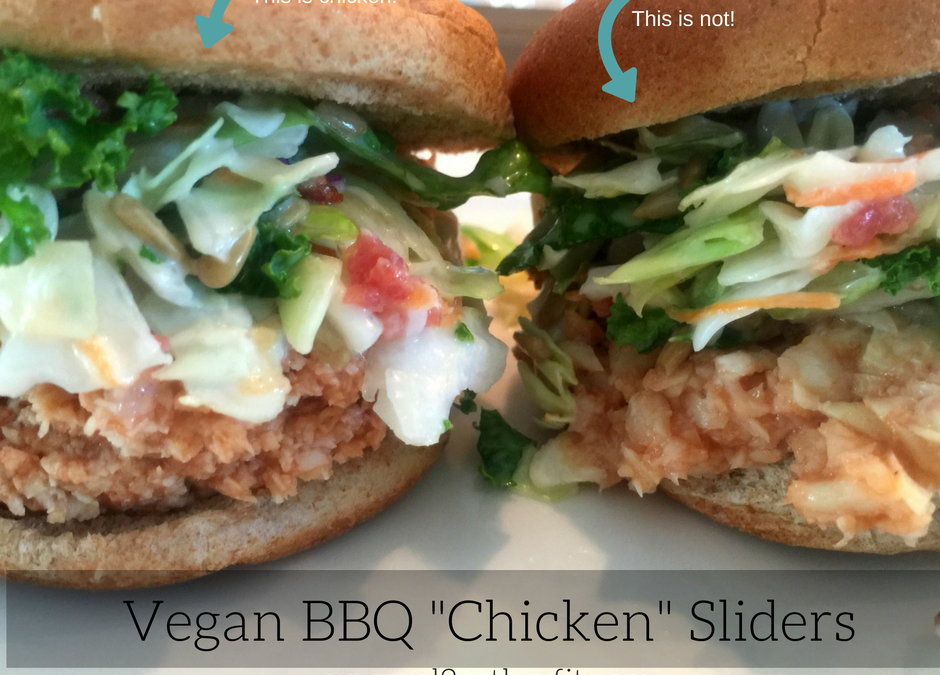 Meatless Mondays are still going strong over here and the meatless part usually goes beyond Mondays…Hello Tuesday! If I had to make a guess, I’d say I don’t consume any meat usually 2-3 days out of the week, and it’s not always an intentional thing. I enjoy making and eating meatless options because most of them are MUCH less time consuming and just as good, if not better! Seriously… If I had to pick one sandwich to eat for the rest of my life, it’d be a Veggie Cuban! Maybe it’s not a popular opinion, but some things are better without meat.  Now I must go eat a veggie cuban! (drooling)

For example, take this Vegan “chicken” sandwich I made the other day.
I made both the vegan version and the real chicken version of the sandwich for comparison reasons, and for the possibility that my husband wouldn’t eat the vegan version. (Totally did, and loved it!)

For the chicken sandwich; I boiled frozen chicken breasts and shredded them using the Ninja. It took about 30 minutes.
The Hearts of Palm sandwich took a total of 8 minutes.

Many of you may be wondering what exactly a Heart of Palm is because I know I did at one point too!
Hearts of Palm are the inner core and growing bud of a palm tree, hence the name “heart” of Palm. You may also see them being called swamp cabbage, palm cabbage, or palmito. They are great by themselves or added to salads and pastas, much like artichokes.

I mainly use hearts of palm as a snack, like pickles, taking a few out of the jar at a time to snack on. I bought two jars from Costco not to long ago and with a half jar left, I thought “isn’t there something cool I could do with these?!”
Yes there is! You can grind them up and use as a chicken substitute! COOL, right?! Much like jackfruit, but so much easier to find in your local grocery stores. Seriously, I’ve never actually seen jackfruit in my grocery store.